Navigation Brewery and DG Cars are proud to have partnered together for a second year, to launch their Drink Driving Campaign for Christmas 2019.

Driving under the influence of alcohol is still a problem and in particular at Christmas when people traditionally descend on public houses to celebrate.

DG Cars and Navigation Brewery have created a campaign which will have high visibility in pubs across the city that sell Navigation Beers.

The campaign encourages drinkers to get a taxi home instead of driving and will feature on all Navigation Brewery Beers pump clips. In addition to this, there are Campaign Beer Mats being distributed throughout the city and an advertising van displaying the key information is being driven around the city. 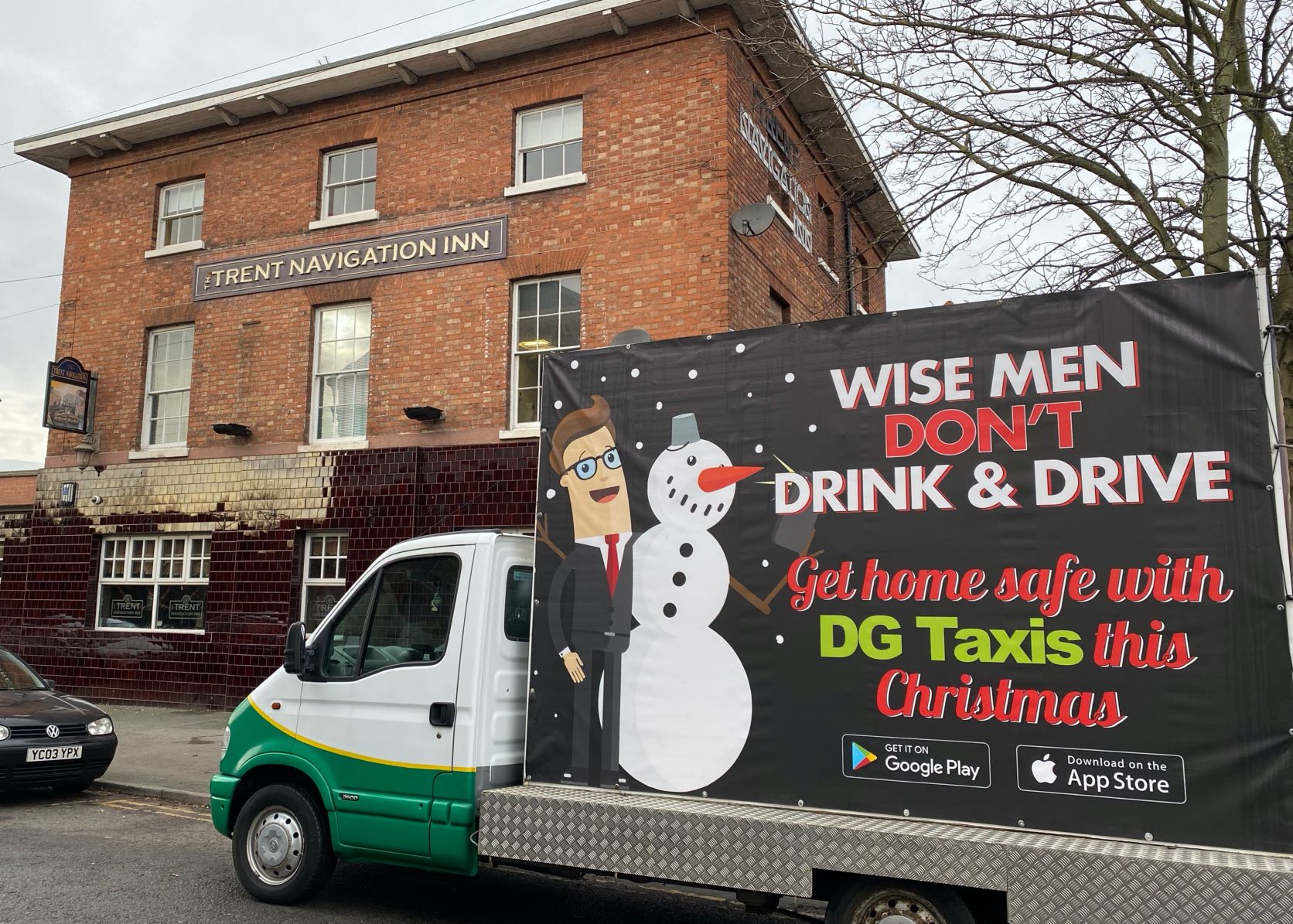 We are thrilled to partner with DG Cars on this fantastic initiative to promote enjoyment, responsibility and ultimately, travelling home safely over the festive season.

Look out for our ‘Wise Men Don't Drink & Drive’ cask badges in all stockists of Navigation beers, including at our Brewery tap, Trent Navigation, The Cross Keys, Southbank Bars, Copper Cafes, The Old Flower Shop & The Refinery.

The DG Cars app is even available to download from a QR code on the cask badge! Link to the app stores here: App Store and Google Play

It couldn’t be easier to let DG Cars get you home safely this Christmas.